« The Little Things in Life | Main | Welcome to the UnEvent! Barcamp »

And the winner is ... Rose-Hulman

A little over one year ago I started a series of blog posts, the engineering college search from a parent's perspective. My son, Erik, gave me permission to blog ... and now our journey is over. It is only appropriate that Erik should have the last word. Thus, the following words are Erik's. 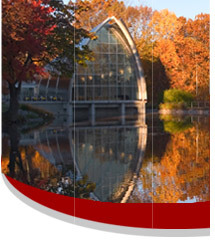 Well I have finally picked the college I will be attending next year, Rose-Hulman Institute of Technology in Terre Haute, Indiana (about an hour from Indianapolis). The main competition for this choice was Valparaiso University which is located in Valparaiso, Indiana (an hour from Chicago). Here is the list of schools to which I applied:
.
o Michigan Tech
o Olin School of Engineering
o Rose-Hulman Institute of Technology
o Valparaiso University
o Worcester Polytechnic Institute
.
I originally decided to stay away from the big engineering schools such as Purdue when I discovered that I preferred smaller schools where the professors did most of the teaching (at larger schools TAs’ do a lot of teaching).  I was accepted to all of my schools except Olin, so that left me with four choices.  In brief, I did not pick Michigan Tech because when I visited the school I just couldn’t get over the fact that there was very little in the way of prospering cities in the U.P. of Michigan.  I didn’t need big cities, but all of the towns were kind of depressed and left over from industry that had once taken place there.  I also ruled out Worcester because the school was very urban with many streets running through the campus, and the robotics degree just didn’t really seem to be quite what I was looking for. I decided I wanted to stick to a more traditional engineering degree.  That left Valpo (Valparaiso) and Rose-Hulman. It was a hard choice for me, as I really liked both campuses and felt both schools really wanted me. Each college had good programs.  In the end I chose Rose-Hulman over Valparaiso for several reasons:

And of course my parents would probably add as a joke ... someone comes in to change your sheets and clean your dorm room once per week at Rose-Hulman. In the end I chose Rose-Hulman because I felt that it was an excellent school and it has continuously rated number 1 for undergraduate engineering degrees by US News (schools which don't have PhD programs). I am really looking forward to attending starting next Fall. 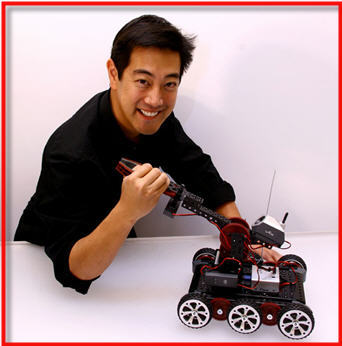 Another thing that happened to me recently was I was chosen as 1 of 25 semi-finalists for the Vexplorer Contest sponsored by Revell and Robot magazine. One of the judges for the competition is Grant Imahara from the show Mythbusters.  Anyway, I submitted an idea for their new product: a robot that picks itself up, turns on an axis, and then sets itself it back down and drives off in the new direction.  As of now they are sending me a free kit and I have $100.00 to spend via VexLabs to help build my robot.  I have until June 1st to make my robot, create a video and post it to YouTube, and then the final winners will be selected with the first place prize being a $5,000 dollar college scholarship.

My Dad will link my YouTube Video here when I complete my robot.

I'm a Rose alumni as well, starting as a Mechanical Engineering major before transitioning to Computer Science. Rose-Hulman taught me the discipline that it has taken me to start and run my own company, becoming an expert in my field.

I don't think you'll ever regret your decision to attend Rose (except maybe during finals week). The experience is second to non and you meet people who will be your friend for life.

Our son has been accepted into Rose-Hulman, but we're very concerned about financial aid. Could you comment on this generally?

... an edited response from Rich (i.e. blog owner) of my private response to Mary Jane (i.e. this commentor). See my post - http://econtent.typepad.com/econtent/2008/12/upping-the-college-scholarship-ante.html

Congratulations! Rose was a great place to learn how to be an Engineer. Smart students, dedicated teachers, flexible bureaucracy.

I wish you the best of luck. But don't worry too much about cities and access to civilization. You will not have time to see it.

Welcome to the Rose-Hulman family, Erik! We're excited to have you join us and look forward to seeing what you achieve in your four years here. See you in August!