Given I have a cabin in the Suomi Hills, I need to join "Mieskuoro" ... or the Shouting Finns. National Public Radio describes them in this manner:

Unannounced and unsmiling, they walk into the Dupont Circle Park (Washington DC) wearing black suits, white shirts and black ties made from bicycle inner tubes. The 23 men follow one another in single file around the fountain. They do not sing the words — they shout them. (full story)

These guys define "cool" with an attitude! Thus, I give you shouts from Finland:

Make certain you see Stephen's link in the comments to this post ... a video shout! m

Researching a "thread" or "seed" of an idea!

Last night I hit the jackpot in terms of discovering new resources. The key was understanding how to follow up on useful information ... to expand it to become even more new valuable knowledge for me. Here is how the process went ... and what I discovered.

Really Simple Sidi posted on Microsoft's new data visualization tool, DataDepot. Many of you may remember I already have an interest in data visualization, and I was even featured in an interview by the NY Times on the same subject. I subscribe to Sidi's blog via RSS (learn more).

As I was convinced that Microsoft's DataDepot was a somewhat new service, I immediately decided to Google the service, but not in the manner you might expect. In this instance, I wanted to learn whom might be the netizens who already had posted about DataDepot.  In other words, this was my chance to learn about people who are both smart, linked and well informed. Thus, I did a Google linked search. See the screenshots at the bottom of this post, but the concept is easy. I browse over to Advanced Google Search, and paste the DataDepot web address into bottom window ... "find pages that link to a page". If you are truly exploring something rather new, the web sites which come up in your results should represent services / blogs / etc. which represent sites "in the know".

I now spend time researching my Google results, but not just from the vantage point of my original query (DataDepot), but in terms of whether the resulting sites have expanded value. In my case, I only turned up 32 sites that linked to DataDepot. This confirmed my original hypothesis that Microsoft's DataDepot was either rather knew, or still at least unknown. Time to take a look at the resulting sites.

Those results ultimately led me to this content (some via a link):

I could go on, but the end result if I have a huge new amount of data to explore ... some for work (data visualization and DataDepot) ... and some for just the sake of science (Seed).

Molly and I are exhausted, but thrilled to have a new son-in-law! Here is a bit of Karen's and Matt's special day. Click upon any thumbnail for a full sized view.

My Campaign Promise: Two Pocket Protectors for every Nerd in America

Last night was the final debate ... gee ... Obama ... McCain ... or the Northstar Nerd? I have run no vicious attack advertisements, and I promise ... two pocket protectors for every nerd in America! You can even cast your vote for my cause via CreateDebate. See my prior post with a link to my debate.

Last week while on a business trip to the East Coast, WNYC (New York City's NPR radio station) mentioned that a typical citizen in Minnesota (the home of the Northstar Nerd) has the great fortune to be seeing/listening to the most political advertisements of any citizen in the USA. The combination of being a battleground state for the presidential election and having a close senatorial contest means the PAC money is flowing into our region like crazy. Lucky us.

It's now T minus 2 days till I marry off my daughter. I'm on vacation today and obviously thinking heavy thoughts!

Time to go marry off my daughter!

Hi Folks ... I won't be posting for a while. This Saturday I marry off my daughter, Karen. Matt is a most welcome addition to the family.  Click upon either image to view full sized. 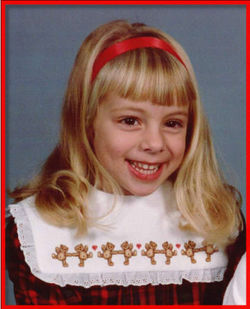 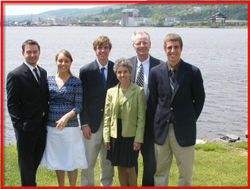