« Hmm ... Should I Ski, or do Research? | Main | Detroit Newspapers Meet Googlezon »

A common concern I often hear from managers who don't understand Web 2.0 and social media is: "Won't openness be abused?" or "Can we trust our employees to have control over our web?".

My personal input is given below: (read full article)

In early 2005, the invasion took on some real steam. This map of the Lake Superior region shows an area which the locals now know as Ile de Penguine. As you can see, the official cartographers, demonstrating their Anglo-Saxon prejudices, have changed the name to the Penguin Archipelago. This island chain is now being used for a new northern invasion route into the USA.
. 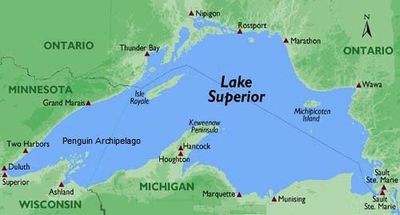 The penguins have already begun to prepare for an expected American counter-attack by calling in powerful allies such as Pingu, Linux and Morgan Freeman to aid them in seeking out the secret all powerful weapon said to send waves of unspeakable and horrific 70's funk music at its holders enemies. An earlier version of this weapon is shown below during recent Canadian war games.
.

.
This leads to the obvious question. Dare you trust your employees? Thankfully the answer to that question where I work is "yes".  In closing, if you really believe that your knowledge base would end up like my penguin example ... please re-examine yourself.