I just read an announcement from the Motley Fool that "Google is Raising an Android Army". I knew that Android was Google's new mobile operating system, but quite frankly ... I had not paid much attention to the new OS. I think that is about to change ... time to monitor Android (Wikipedia link).

Our family owns both a Nokia N800 and N810 (posts on this subject). I love these small internet tablets because of what they allow me to do (LINUX, GPS, web, etc). However, the world has not beaten a path to Nokia's doorstep. My son, Carl, who is a college senior and owns an iTouch reviewed his thoughts concerning the iPod Touch vs. the Nokia N810. When Carl backpacked through Europe this Summer, his mobile device of choice was the N810.

However, on his next trip overseas, I assume the device will have an Android OS. Is this assumption based upon Google's size? Nope! Take a moment and watch this YouTube demo of some Android applications (bar code scanner and GPS mashups). I was wowed.  I had never thought that I would like my own personal bar code scanner. Boy, was I wrong! The important fact is not so much the specific applications; rather it is the "openness of the Android platform". There are a lot of smart people out there in application development land ... who would love to make some money. Apple Computer should heed this as a warning, and really open their software development platform.

For the moment, I do NOT plan to get a new cell phone or handheld internet tablet. 2009 will bring some neat Android devices ... delaying my purchase at this time is the saavy move (first Google Android powered phone) 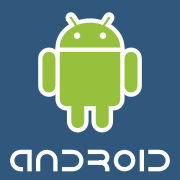 I have Google G1 with Android OS. It is easy to use love the apps. But the battery life sucks if you don’t charge it every night you are in trouble. Love the features maps, shopesavy and more easy to download apps.

Summer of 2009 will bring out a lot of the improved Android phones if you are waiting until then.