Isaac Asimov, where are you! IBM has just announced that its Watson computer will play a group of Jeopardy champions. Some of you may remember when IBM programmed Deep Blue and then had it play chess grand master Garry Kasparov. You can link to YouTube and watch a short video on this new effort. This will create buzz!  I will be watching Jeopardy that day (date not yet announced). 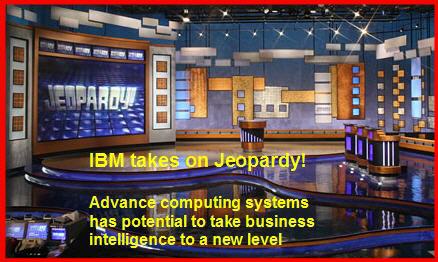