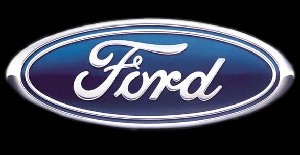 I'm sure a guy like Scott Monty, being a major online player for a company like Ford, has dozens of google alerts (or something similar) in order to see which way the wind is blowing online for Ford. It's a good way to keep a finger on the pulse of the brand's online reputation and react quickly with damage control when needed.

Rich, thanks for taking the time to highlight what we're doing at Ford. Lots of great progress so far, but there's still much to be done.

While we don't have a specific site for all engineers (after all, that are so many different kinds of engineers), I can tell you that they're engaging in the Owner forum of http://www.syncmyride.com. In addition to that, we've got subject matter experts from around the company who are responding to comments on The Ford Story at http://www.thefordstory.com

We'll continue to evolve this activity over time; I apologize in advance if I don't make it back here. I comment on many, many sites. Be sure to stay in touch.

Oh, by the way, those were white bucks I was wearing. ;-)

No problem ... Scott ... thanks for the comment and links. Your legend lives on as I did not que you into this blog post, but you found it and commented. However, that does not surprise me.