Our ride is complete (view photos)! See my post of our ride across the Echo Trail.

It's almost here! The BWCA Superior Tour - Father Son 350! On Sunday, Carl and I will leave Duluth, Minnesota on a 350 mile, 5 day bicycle ride through Northern Minnesota. Our travels will take us through the BWCA (Boundary Waters Canoe Area), ultimately coming down through Ely, Minnesota to Lake Superior to finish our ride.

One highlight of the trip will be biking the Echo Trail, built by the Civilian Conversation Corps (CCC) during the 1930's. This area was remote then ... it's remote now! Over 45 miles of that day's ride will be on a dirt logging road. While the scenery will be fantastic, this kind of surface presents a challenge for riding. Most of the trip is through the Superior National Forest.

I'll make certain to update this post with our daily escapades. After all, like any true nerd, although I will be traveling light (two changes of washable clothes ... one which is on me!), I will pack a netbook in my saddle bags. We don't have support vehicles for this trip. 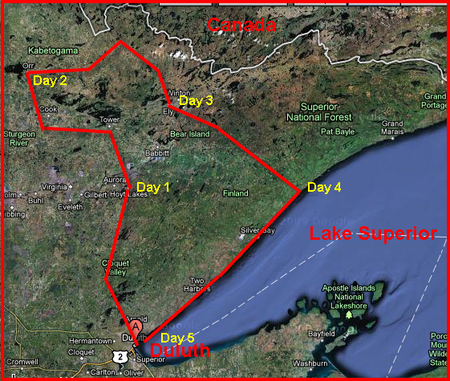 Earlier this week I posted about ships of space, now I come back down to earth ... change centuries ... and blog about the Duluth Tall Ships Festival. Wow! I repeat, Wow! After all, it's hard to describe seeing nine historic ships under full sail. In fact, this was the most sailing ships seen on Lake Superior since 1890! As I'm 54 years old, which is getting on in life, I still was not around back then!

I spent the afternoon on my bike, and road from French River to Canal Park. This was the way to get around, and allowed me to see the ships tacking into the wind off Brighton Beach.  I hope you enjoy some of my photos and movies. I had a blast! The NorthstarNerd has a fine appreciation of technology, new or old! 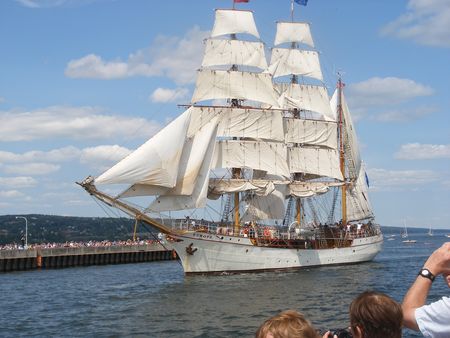 PhotoPeach (A Video Mashup with Music and Animation)

Not Your Father's Satellite

In the 1969 I sat glued to the TV set and watched Neil Armstrong become the first man to set foot on the moon. The rocket required to reach the moon was huge, and expensive (Saturn V). This achievement had been set in motion by Russia's launching of Sputnik. Never in my wildest dreams did I ever imagine we would reach the day where I could afford to launch my own personal satellite. However, today is that day!

For $8,239 any person can now launch their own satellite ... solar arrays, transmitter, and price of launch ARE included. You can even pay by PayPal for your very own TubeSat. Here is a brief description from the official InterObital Systems web page:

A TubeSat is designed to function as a Basic Satellite Bus or as a simple stand-alone satellite. Each TubeSat kit includes the satellite's structural components, printed circuit board (PCB) Gerber Files, electronic components, solar cells, batteries,  transceiver, antennas, microcomputer, and the required programming tools. With these components alone, the builder can construct a satellite that puts out enough power to be picked up on the ground by a hand-held amateur radio receiver.

Now that's cool! I personally think that college engineering departments should start a new competition based upon TubeSat. We need to get our your technologists excited again about space exploration. After all, if you had $8,000 available, what kind of satellite would you build? I'm still trying to come up with my idea!

In closing, here are two images ... the Saturn V Moon Rocket, and the TubeSat Personal Satellite. Click upon any image to view full sized. 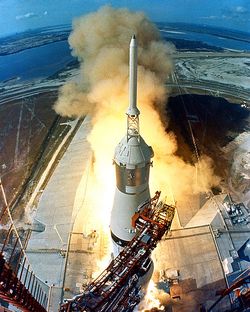 I just installed and configured the Outlook Social Connector (integrations: Facebook and LinkedIn). Well done Microsoft! Over the past few years, the name Microsoft has not come to mind when you think of superb social networking software. However this time Microsoft has hit a home run.

While everyone likes to announce the "death of email" and the rise of "social media software", where do you spend most of your correspondence time during a normal work day? For most of us that's means processing messages in our email client. Take a look at the screen shot given below of my home Outlook installation. Since this blog tends to focus upon professional installations, read LinkedIn's blog post about the connector (with installation instructions).

One can easily click upon any person who is a recipient to a given email and at a glance review: 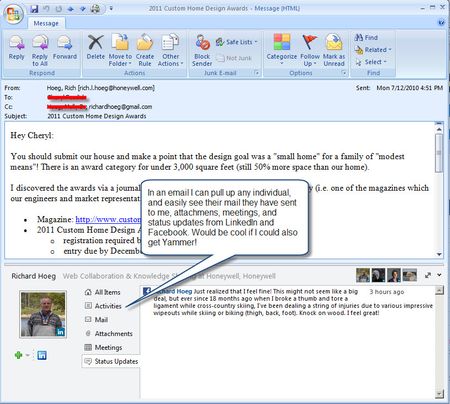 I'm on vacation in Minnesota near the Canadian border. My northwoods cabin is in a dead zone which does not have cell phone or internet. Every day I drive to the local bait shop and use the wireless hot spot (and also buy minnows, etc!). Taking advantage of the chance to go online, I decided to check my RSS feeds. One short post about libraries intrigued me which was titled "Boomers and Beyond: Reconsidering the Role of Libraries". Being a faithful user of the library at home, I thought ... gee ... what a great concept for a book (and research).

However, upon following the links I discovered the only way I could read this book was to throw down $55 and purchase the book. Hmm .... Do the authors understand the web? While their topic is a great one, I doubt many folks will spend that kind of money to read the book. While I understand the need to earn money from one's publishing efforts, might not the book also have been made available as a free digital download? Without this kind of more radical marketing effort, the book's opinions and research will be restricted to a very small community.

The owner of my local bait shop (Terry) on the other hand understands the digital age. After all Frontier Sports attracts people from miles around to purchase leeches, use the free wireless hot spot, and even purchase some cappuccino!

Perhaps this is one of the problems for libraries as we head into the future? There needs to be a better understanding of the digital age and how that affects a library's ability to gain customers. 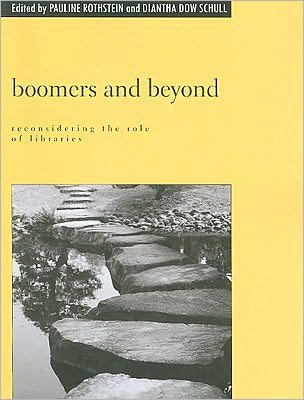