Research by the venerable Nielsen firm indicates that by the end of this year (2011), smartphones with their location based awareness will overtake "regular" cell phones in terms of market penetration. If you haven't assimilated this fact in terms how it will dramatically change goods and services, it's time to start thinking hard right now. You may end up owning lots of buggy whips! (read Nielsen research).

For example, this evening I was shopping at Target for some minor items. Knowing that I also wanted to purchase a larger external USB hard drive for backups, I walked over to the electronics department. Using my Android smartphone Google Shopper App, I scanned the product barcode (special sale price) and discovered that Target's great price wasn't that good at all. In addition to online options, my results gave me better prices for the exact product in my immediate locale (20% less). The entire scanning / online price check took me less than 30 seconds. This is just one example of location based design, and how it will change the world as we know it!

Remember the film The Graduate? GPS, not Plastics! 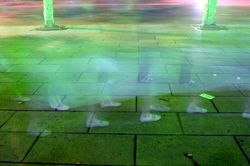 Click to view the Nielsen chart at full size. 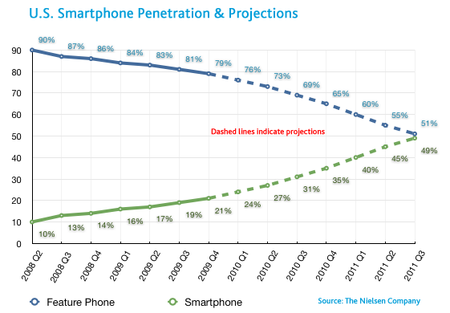 My last post was rather heavy; thus I'll lighten things up a bit. Enjoy a short video which documents my Frosh 8 as we invade rural Alabama in the Spring of 1975 (Lake Martin, near Alexander City, Alabama).

Somehow the video's music and animation seems appropriate given the location!

The World is NOT Flat

Given the dramatic events taking place in the Middle East, particularly Egypt, I decided I should repost some research I did on world demographics and resources. Thomas Friedman says " The World Is Flat". I say, Not! It is a hodge podge world. Interpretations of where we are heading is not easy ... thus whether you are in Bemidji or Bangalore, watch my short video.

Using population and natural resource data from the University of Sheffield's World Mapper combined with music from the Renaissance, I try to raise some issues. It is "Western" viewpoint that the Age of the Renaissance was an "Age of Enlightenment". At that same time, "Eastern Thought" regarded the West as Barbarians!

Here are three screenshots from my Presentation (click upon to view full sized) ...
.

And my video ... obtain a higher resolution view by clicking upon the four small arrows next to the word "vimeo" in the player found below.

I hope you find this research enlightening. My thanks to the Virtual Byrd Choir.

When I was a young boy in the early 60's, I would travel south from Duluth to visit the family farm in west central Iowa. While visiting my grandparents, I was enchanted with a series I could watch on an Ames, Iowa TV station, Robin Hood (already in reruns from the 1950's). Fast forward 50 years to 2011 and I've been reintroduced to that series of yore via my Roku box. This amazing device allows me to watch movies on my HDTV via my home's wireless internet connection. Also available ... you guessed it! Robin Hood! It's been fun reliving boyhood fantasies ... twang ... crossbow vs longbow!

However, this post is supposed to be about the history of data transfer, and it is! Today, I pull up my Roku and Netflix menus, and select the evening's entertainment. Within a few moments, the show or movie caches and I'm in business.

Recently, while watching the first season of Robin Hood, I was amazed to learn how each episode used to make its way from England to the United States. At the end of each show is a photograph of a four engine Pan American Airlines prop plane with the statement: This film flown to the United States. In 1955, flying film by plane (commercial passenger jets did not yet exist) rather than shipping it by trans-Atlantic boat was high tech data transfer!

Oh yeah ... I still have a crush on Maid Marian, and hate the Sheriff of Nottingham, but that's a blog post for another day! (watch the series online w/o charge)