« The Crack of the Bat! Fieldf/x | Main | The Headless Woodpecker! »

I love data visualizations. However, that fact is obvious to my long time readers who remember my being interviewed by the NY Times about ManyEyes. Since that interview back in the Summer of 2008, I've continued to work and do research with data visualization. You may ask why the subject of visual data is exciting? Quite simply, done properly the visualization can help one better understand what may appear as disparate data. However, done poorly, it can be misleading (how many of you remember Ross Perot's run for president? Charts and Percentages!)

Here are some data visualization sites and services which I particularly enjoy. First two blogs:

As a fyi, I learned of these two blogs via Google's new online journal, Think Quarterly. Google's online journal also reminds me to call out Google's great online tool named Ngram Viewer. You can read a Google blog post from last Christmas on their relatively new service, or just accept my explanation that Ngram is a great tool for comparing how key words (and thus ideas, and philosophies) have appeared in books since the year 1800.  Are some ideas becoming more common in literature, or is the opposite true? It can be fun exploring via nGram. Remember if you decide to run some Google Ngram data visualizations, words and your thus your results ARE case sensitive.

Click any of the images shown below to view some of my own nGRam research. In closing, visual data is fun!

Sex vs. Religion
This Ngram intrigues me. Is there a relation with the fall of organized religion and our societies fixation with sex? 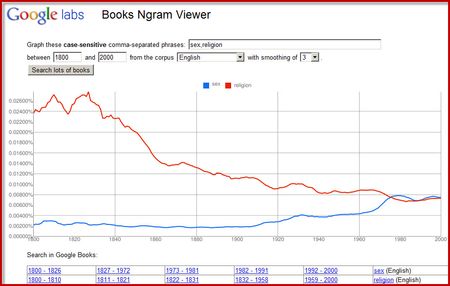 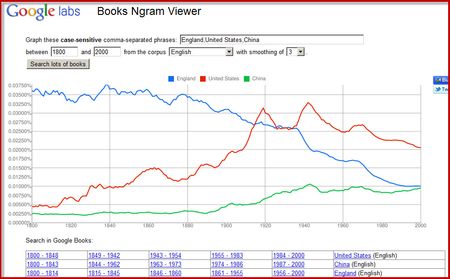 Plato
Kind of makes you wonder what causes the peaks and valleys of Plato and the discussion of certain philosophies! 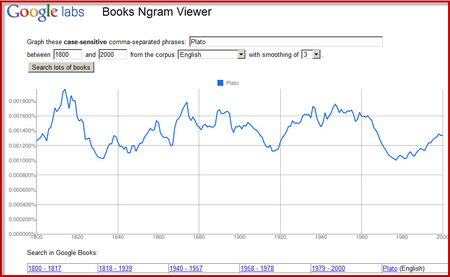