Sit Next to the NorthstarNerd on your next KLM Flight!

Hmmmm ... Would you like to sit next to the Northstar Nerd during your next KLM flight from Minneapolis to London Heathrow??! The latest in social media via the USA Today which links KLM seat selection, travel planning and LinkedIn. 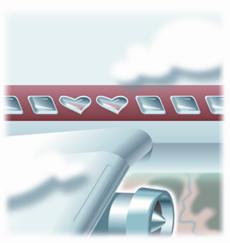 Wow! Fantastic! Superb! I really can not think of enough adjectives to complement French photographer Tanguy Louvigny, who created a time lapse video of the Normandy and Brittany country-side using High Dynamic Range photography (HDR Wikipedia Link). His movie incorporated 30 frames per second, that’s 90 exposures for each second of screen time (HDR takes each shot in triplicate using different exposure settings ... learn more from my prior post on HDR).

Equally amazing is the Legos camera / tracking system Mr. Louvigny  built using Lego Mindstorms. Quoting Open Culture, which is the web site from which I first learned of this video: "To create the moving-camera effects, Louvigny designed and built his own robotic three-axis motion system using Tetrix motors and a LEGO Mindstorms control system, which he programmed in ROBOTC language. This allowed him to automate the tortoise-like dolly, pan and tilt movements."

Take some time to review the photographer's web site ... you'll find more equally fascinating creations. However, for the moment, relax, turn your computer's speakers on, and enjoy a trip through the French country-side from sunrise to sunset. Wow!

For those of you from warmer parts of the world, this photo is an attempt to help you understand why I love cross-country skiing at night. While exercising the body, I relax the mind! Who cares if the temperature is 14F? This photo uses HDR technology and was taken a few hours ago just outside the chalet at Elm Creek park in suburban Minneapolis. Click upon the image to view full sized. It's been a little over five years since I started blogging as the Northstar Nerd. During that period ... you ... my audience has visited me 355,000 times while reading my 1,113 posts. This blog is my personal search to expand out mutual knowledge horizon!

Here are just a few of my favorite posts on NorthStarNerd.Org (and yours):

Help me spread the word about NorthstarNerd.Org: (my profile) 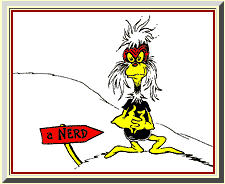