As a public service of NorthStarNerd.Org I will attempt to visually explain the sport of long distance cycling using photos and Garmin GPS training data images! Yesterday I rode the 72 mile Tour de Pepin with my wife, Molly. Lake Pepin is a very large lake on the Upper Mississippi River between Minnesota and Wisconsin. 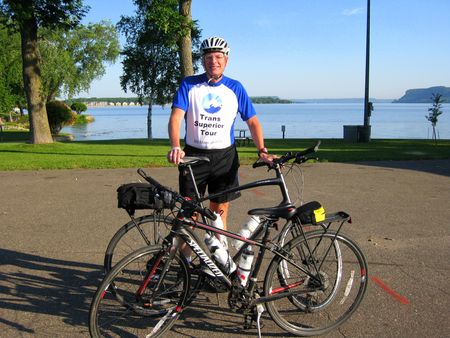 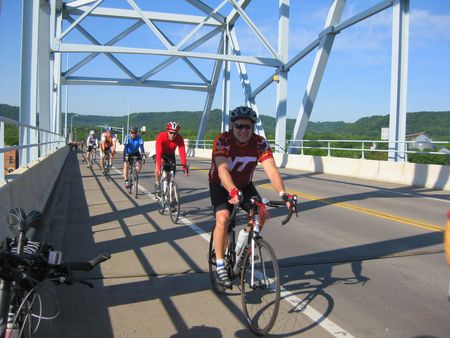 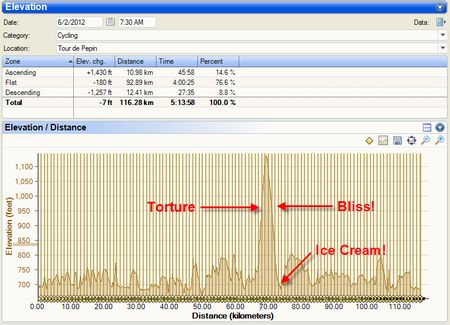 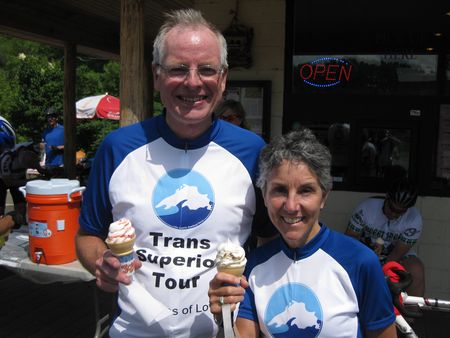 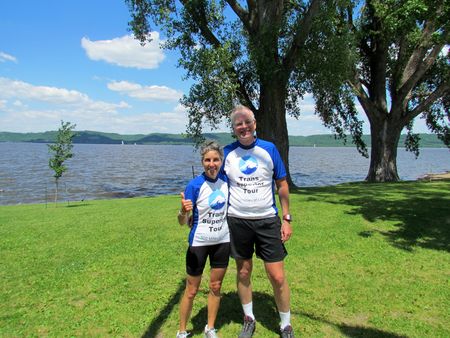 The key is Ice Cream!

Every Tour De Pepin rider received a free ice cream cone at the 50 mile mark! Whatever other reason could there be for riding?!

Normally I keep my blog and my job separate, but today was not an ordinary day! President Obama came to Minnesota and specifically my Honeywell manufacturing plant to announce his new jobs program for U.S. Veterans.  Given the company encouraged us to bring cameras, here is my post from a proud 27+ year Honeywell employee! It's a great company, and during the past 12 months we've hired over 900 veterans!

Let me pause for a few moments and extend a personal thank you to our men and women in uniform. My first cousin, Richard Fraser, was killed in the 9/11 attacks. Thus, I appreciate everything which our U.S. military does to keep us free and maintain our way of life.  However, with all the horrible things in this world, it is still a beautiful place. See an earlier post labeled: "The Dads Fought, the Sons Build".

Back to the Honeywell event at Golden Valley Minnesota. Hiring veterans was the major theme of the President's speech and he announced a new veterans jobs program. In short, if a vet is trained to handle complex jobs for the military, why are they often required to get new civilian certifications to perform the identical jobs upon finishing their enlistment?? President Obama cited the example of an Army Medic who received a Bronze Star for gallantry on the battlefield. In Iraq this young man provided medical care while under fire on the battlefield, yet upon returning home he could not qualify to be an ambulance attendant.  This is wrong, and I support the President's program.

Here are a few photos and videos from Obama's visit to Honeywell. By a stroke of good luck I ended up only 20 yards from the podium. Click upon any photo to view at full size. 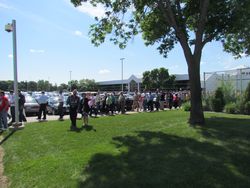 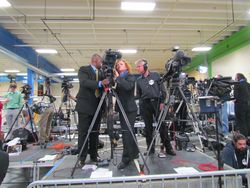 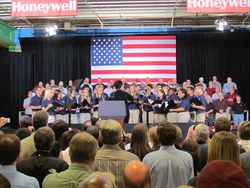 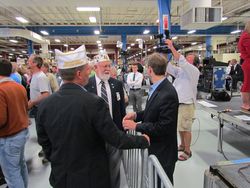 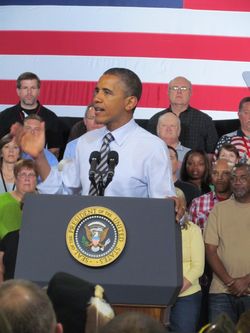 And now my YouTube videos of the event. Given how close I was to the President, and the fact that I am 6' 2" tall, I could hold my camera up to a height of 7' 6" and then angle the LCD viewfinder down. Thus I could get my camera above most everyone else's camera!