Poohsticks at Stanley Falls ... the Movie!

Ahh ... vacation ... idle days with hikes up to the top of Wilcox Pass and its snowfields, followed by hotly competitive games of Poohsticks at Stanley Falls on Beauty Creek near the Columbia Icefields in Banff National Park.

Just in case you don't actually know about Poohsticks, this most agreeable game was invented by Winnie-the-Pooh in the 100 acre wood. There are actually official rules for Poohsticks, but given Erik, Molly and I were deep in the Canadian Rockies, we had to be somewhat liberal with the rules! There was no bridge handy, but everything else was perfect.

The key to Poohsticks is to find some sticks and a river or stream. Playing is very simple. Drop or throw your sticks in the water, and then see which stick gets to the finish line first. In official Poohsticks, you drop your sticks into the water on the upstream side, and then see which stick first reaches the downstream side of the bridge. In short, this is a great Summer time game! 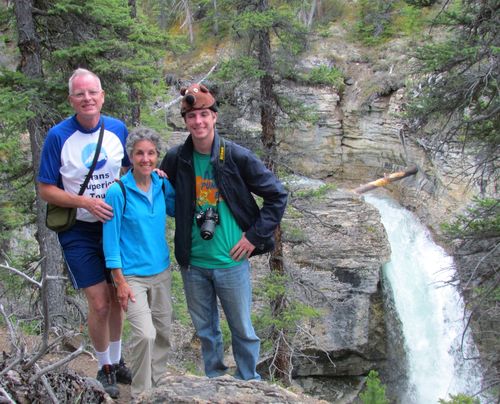 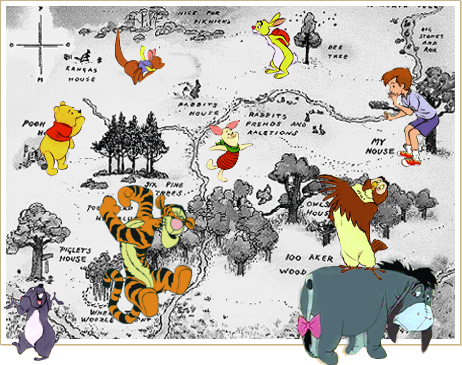 In our case, what could be more perfect than playing Poohsticks later that afternoon way down the mountain side using the snow runoff from the snowfields of Wilcox Pass that feed Beauty Creek?!

The short hike along Beauty Creek requires a fair amount of elevation gain, but in just over 3 kilometers you are rewarded with phenomenal views of all six Stanley Waterfalls. However, this hike is not a good trail for children. The overhangs are dangerous and require extreme caution. I have also included a photo I took from the top of Wilcox Pass. Alhough it was the middle of June, snow was very much still in evidence. 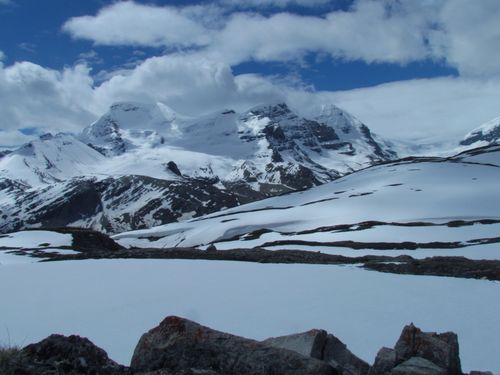 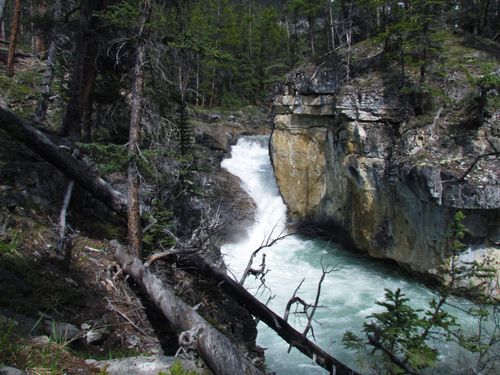 And finally, Poohsticks ... the movie!