A friend of mine died this week, Ray Bradbury. Actually, I never met the man, but he is still my friend! Since I started this blog in August of 2006, Mr. Bradbury has been the subject of my own posts many times:

Mr. Bradbury has often been quoted on how libraries opened his world, and introduced him to thousands and thousands of people.  Via my own librarian (Thanks to a Great Librarian),  I was introduced to science fiction and his writings in specific. Let us hope that our great libraries never reach the point at which paper burns, Fahrenheit 451. However, libraries can burn without fire if our society does not remain diligent.

As parting gesture, here are two classic covers from of some of his most well known books. Please consider visiting this site from vintage papaerbacks. You can have fun exploring more classic sci-fi covers. 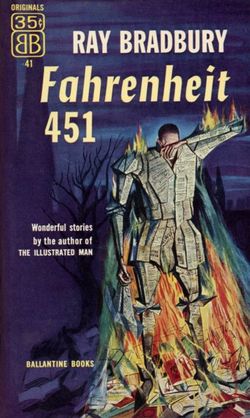 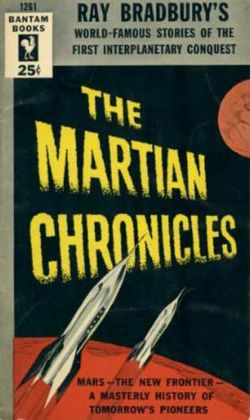