Epic Ski: The Stars in Alignment!

In 57 years I've never had the stars in alignment for a such an epic ski. The setup for this fantastic morning on skis started last Monday. The City of Duluth decided Spring had arrived, and started the construction of the new Lakewalk tunnel. The net effect of this decision was the closure to traffic of Brighton Beach Road and Scenic Highway 61.

Fast forward to Thursday, and a late season snowstorm dumped 8 inches of white stuff on our leftover  snow. Just the fact that we would have snow still on the ground on April 12th is unusual. Over the course of this morning I watched the huge winds (60 mph gusts) deliver new snow. A true lake effect was in process. Finally, I decided the winds were abating enough to hit the Nordic ski trails.

My first decision was to ski up 7 Bridges Road, which is always closed in the Winter. However, the effect of new wet deep snow made glide almost impossible due to both clumping and having to break trail. After skiing one of the toughest kilometers in my life, I made the fateful decision to do an about face and head down to Lake Superior.

Normally Brighton Beach Road and Scenic Highway 61 are two of the most travelled roads in the Duluth area. When one combines the winds and waves, the tourists and locals normally turn each road into a parking lot. Ah yes ... the roads were closed and snow covered! Thus started a 10 kilometer ski up and back to the Lakewood Pumping Station (where 61 reopens).

The ski was a hoot! My waxless skis had great glide, and being able to stride along next to the huge Lake Superior breakers was fantastic. I hope you enjoy a few of my photos from this morning's ski. I doubt this combination of a later Winter / Spring storm plus road closures will ever occur again in my lifetime! Click upon any image to view at full size. 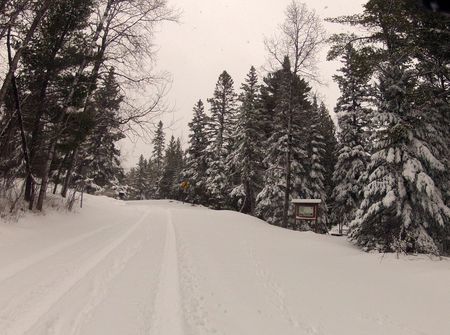 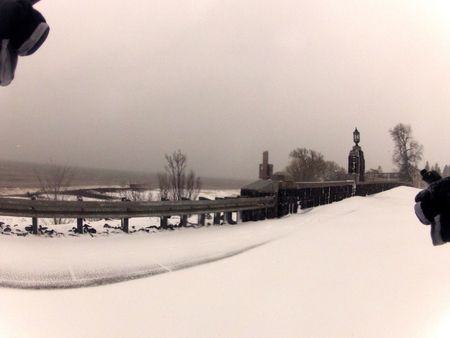 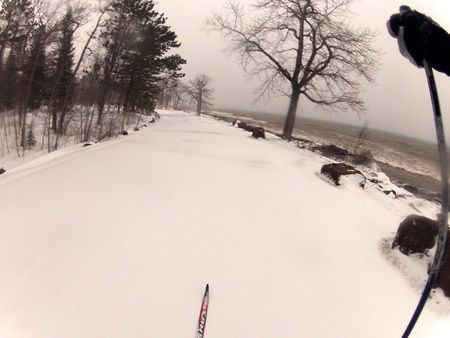 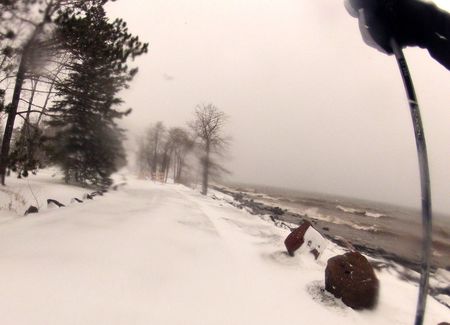 Scenic Highway 61
(thankfully no other skiers or cars ... did not have to break the law!) 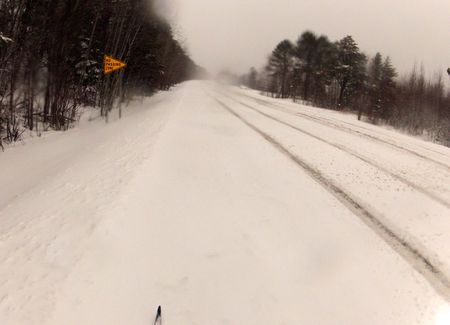 Ski's End: Across the road from my house 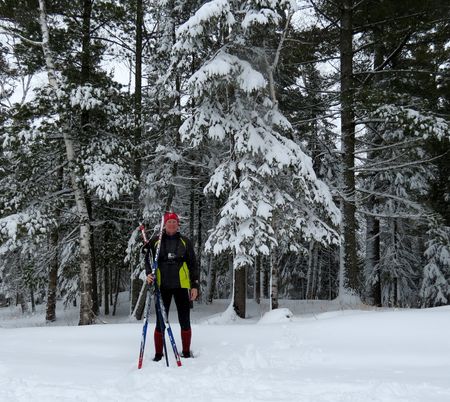 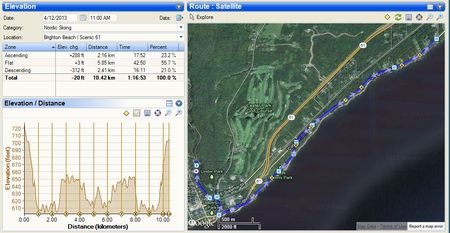 If you're still with me, take a look at yesterday's post. I have some photos and a short video of the waves rolling in just before the snows started and reduced visability.