Shooting the Deeps ... Or ... Kayaking Down Waterfalls

This April has been snowy. In fact, this month has been the snowiest April in recorded history ... over 50 inches of the white stuff.

This Winter has been the third snowiest in history ... over 130 inches of the white stuff.

Yesterday afternoon Molly and I walked over to "The Deeps". This waterfall is located on Amity Creek about 1/2 mile upstream from Lake Superior in Duluth, Minnesota. Well folks, we were late for a dinner engagement. Some local kayakers appeared and decided to shoot the falls. I hope you enjoy the one still and three movies of "The Deeps". 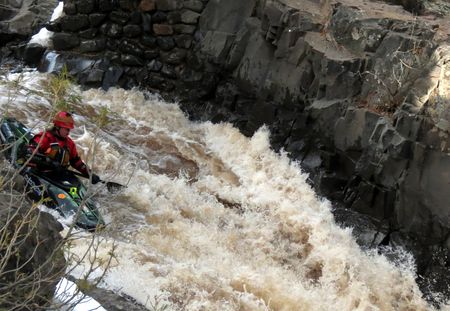 The Deeps ... Some Perspecitive from 3 Weeks Earlier