This case study starts in the wee hours of the morning on St. Patrick's Day 2015. Yours truly was on the frozen ice of a remote lake in northern Minnesota (Boulder Lake ... 25 miles north of Duluth). During the cold night I was watching what would turn out to be one of the strongest Northern Lights Display of the last ten years. I was recording the event with my camera.

Actually, this story / case study started at 1:45 am as I lay fast asleep in bed. Although NASA and NOAA had forecast for an Aurora to start the following night, it was not expected the night of March 16/17. Suddenly the quiet of our bedroom was broken by a fierce alarm ... Bing Bong, Bing Bong, Bing Bong! My Android smartphone app, Aurora Alert from Eagle's Orbit was sounding off. Groggily I check my app which I had customized based upon my exact location on the planet Earth to ring if the Aurora was expected to exceed a Kp of 4.33. I woke up quickly when I read the Kp was expected to reach 8.0 in one hour!

At this point I reached for my Google Nexus 10 tablet and logged into Facebook. Please understand I am a member of the Great Lakes Aurora Hunters. Thus Facebook enters into the equation. This group which now exceeds a membership of 4,000 gave me an easy place to check what was happening in real time. Yup, several members from near Ely and Grand Marais, Minnesota were already outside and reporting great displays. It's now 1:50 am; I bound out of bed and throw on my long johns! Remember, this is northern Minnesota in the winter time. I am about to head for a frozen windblown lake on a cold winter night, and stand for hours. In short, I will have a fantastic time!

After 3+ hours of watching one of the best displays I had ever seen, I head home. Arriving at the old homestead I wake my wife up at 6:00 a.m. with a tale of "wows"! Read Molly's tale of woe via her blog, Superior Footprints, "An Aurora Hunter's Wife"! At this point, you may be thinking ... okay Facebook, but why a case study?? Take a look at the photo taken that night, and then read on below ... 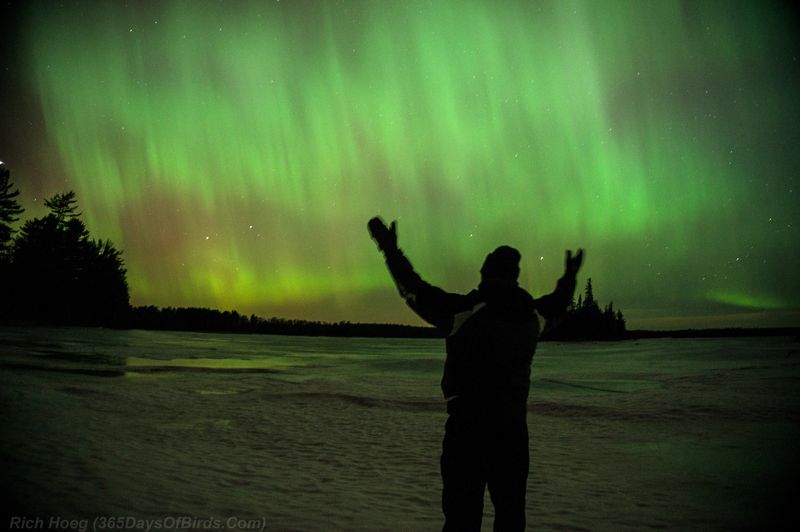 Getting home I naturally processed my photos. Now remember it was St. Patrick's Day. Realizing that a photo showing the heavens as green would have some traction, I now posted the image via the following methods:

Now you should understand the power of social media ... thus a case study. Some important items to remember. I had content that fit the day / news (green in the heavens on St. Patrick's Day), and I took action quickly upon realizing the value of my image.

Here are more photos from that morning. 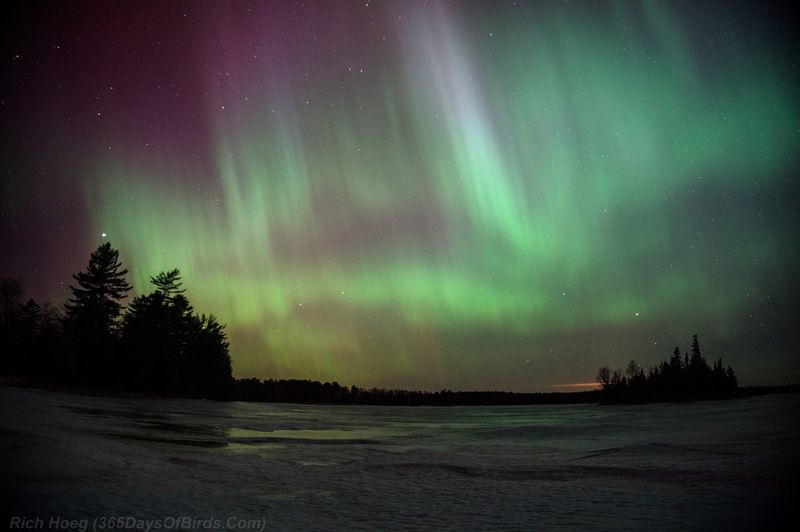 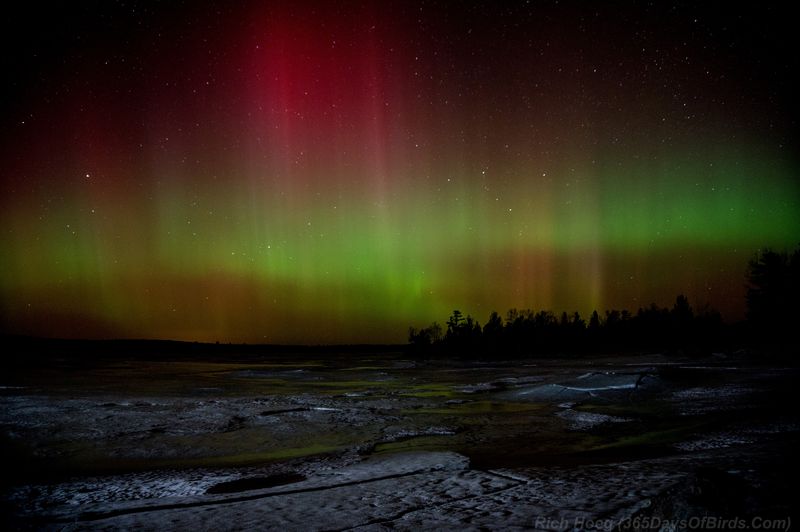 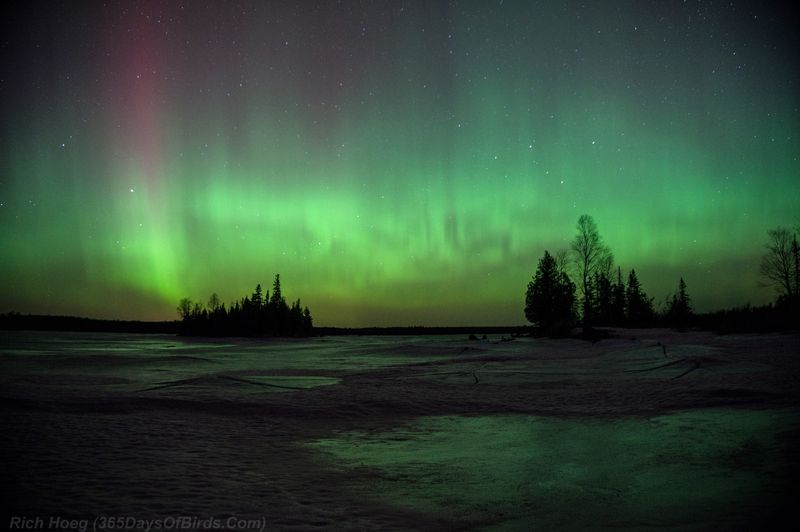 If you're still reading, and would like to see a few photos from the second night out, browse to my other blog, 365 Days Of Birds. Yup! The Aurora lasted for days, and I kept going out at night to watch nature's fireworks!