I've been remiss in not posting upon one of my favorite subjects, Legos! After all ... it all began with Legos. As the former six year veteran coach of Super Nerds In Pink, I understand just how important Legos have been and will be to the future of America (and the world). My boys (not just my own children, but the team) have spread out to some of this country's top schools; most of them are majoring in engineering!

I can remember the days when my own children were between the ages of three and five. Dad and children would be down in the floor playing with Duplos. My son Carl and I built some great ferry boats. Karen introduced me to Legos and Barbie. Erik as he moved on in elementary school introduced me to Lego Mindstorms.

This relationship is now reviewed by a MIT professor, Sherry Turkle. She has written the book, "Falling for Science" (download a sample chapter). In the book she reviews what caused many of her former MIT students to becoame interested in science. While Legos are not the only reason her students got interested in science, it is a common theme. Take just a couple of minutes and listen to the National Public Radio Falling for Science Discussion. It's a fun discussion and makes you realize how important is the subject of intelligent play.

Just so you don't think that this topic is only being discussed on one side of the Atlantic Ocean. In February, the top engineering society in the United Kingdom had a similar discussion. Here is a link to my favorite article.

What got you interested in science? Post a comment and let the other readers know. There is no wrong answer to this question. In my own case, it involved my Legos, a Marble Machine Computer which calculated in Base 2, and Projects Mercury, Gemini, and Apollo. 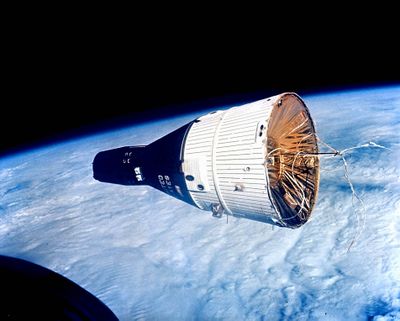 This post is an excellent way to ease into the new work year. If you want to keep current on the world of technology, subscribe via RSS to Google Tech Talks. However, for those of you with kids involved with First Lego League (or the big kid in you who still loves to program and create robots), link to this recent Google seminar:

Google TechTalks are already indexed in my engineering seminar search engine, and you may browse /search via the Engineering Learning Wiki.
. 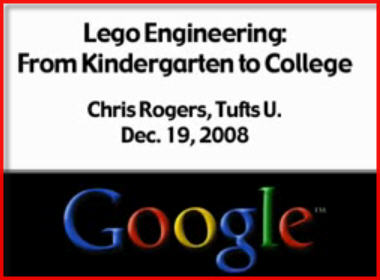 It's quiet at work. 85% of the other techies are still on vacation. I assume they're playing with some of the new games they gave their kids! As many of you know, I have coached for many years for Lego Robotics. Anyone familiar with Mindstorms understands the relationship between Legos and Labview, but did you know that you can use MATLAB to program your NXT bot? Here are some links to get you started (remember to let your kids also use the Lego Mindstorms kit):

In addition, you should use my Engineering Learning Wiki Lego Section (and it's accompanying search engine). It focuses upon the educational use of Lego robotics. I will add the MATLAB instructions to both the wiki and search engine. (click to view the image at full size) (read my other Lego posts)
. 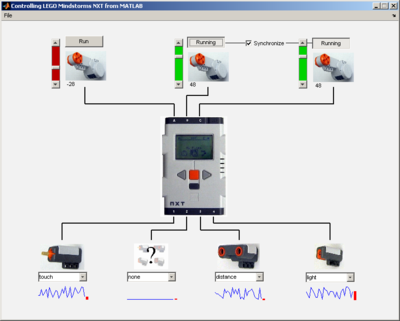 On the surface these three topics might seem unrelated, but they are! This evening I will take out to dinner four young men who just graduated high school. These guys are the core members of my S.N.I.P Lego robotics team. After having coached S.N.I.P. for six years ... since their elementary school days, I wondered how I could recognize these boys, and the fact thay they were moving on in the world ... to various engineering schools around the USA. Each young man has already shown me that they are socially conscious, but I wanted to encourage them to continue following this path.

Eureka! A quick visit to Amazon yielded four copies of Leaving Microsoft to Change the World. Ever since last year when my own effort started to build schools in the mountains of southern China, I've been inspired by John Wood. He was Microsoft's second highest ranking executive in China, and he gave everything up to build schools in rural Nepal.

Last night I contacted John Wood via email, and asked him if he might send me a dedication I might put in each book.  Here are John's direct words ... they're good:

"To whom much is given, much is expected. The true test of your education will be in bringing that same opportunity to others, throughout your lifetime. Good luck, and make the world proud!"

Feel free to chime in with your own advice via the comments section for Caleb, Erik, Matt and Tim. In closing, here are two podcast interviews with John Wood, author of Leaving Microsoft to Change the World.

The college search process is winding to a close. What started with my initial post ... The Search for the Perfect Engineering School ... and continued with such great entries as "Milepost 214 or Two Nerds in Iowa" and "College Consultants for Your Kids" ... will be completed in a few weeks. Erik (my son) was accepted at every school but Olin. Thus, as a family we are very happy with the results. I think I know Erik's top choice, but I'll let him reveal that decision personally (guest post) in the near future. (view all posts in this series: a college search from a parent's perspective)

Sunday afternoon we attended a reception for admitted students to Rose Hulman Institute of Technology, and tonight it's off to the Valparaiso Pizza Party! We are lucky in that both events are not very far from our home in suburban Minneapolis. Many of the kids at the Rose-Hulman event had driven in from Iowa, Wisconsin or the Dakotas.

Okay, so why the particular post title: "Be a Nerd ... Make a Difference"? A few minutes ago I received an email from a co-worker who reminded me about the work we've done to encourage kids to consider the sciences.  Suddenly I realized, as a coach of a First Lego Robotics Team for six years, I had made a difference. As each young man graduates this Spring, they all will enter engineering schools.  Although not all the college decisions have been made, these boys will attend some of America's top universities.

This Fall my Legos quest will continue in the mountains of southern China near the Vietnamese border!
.